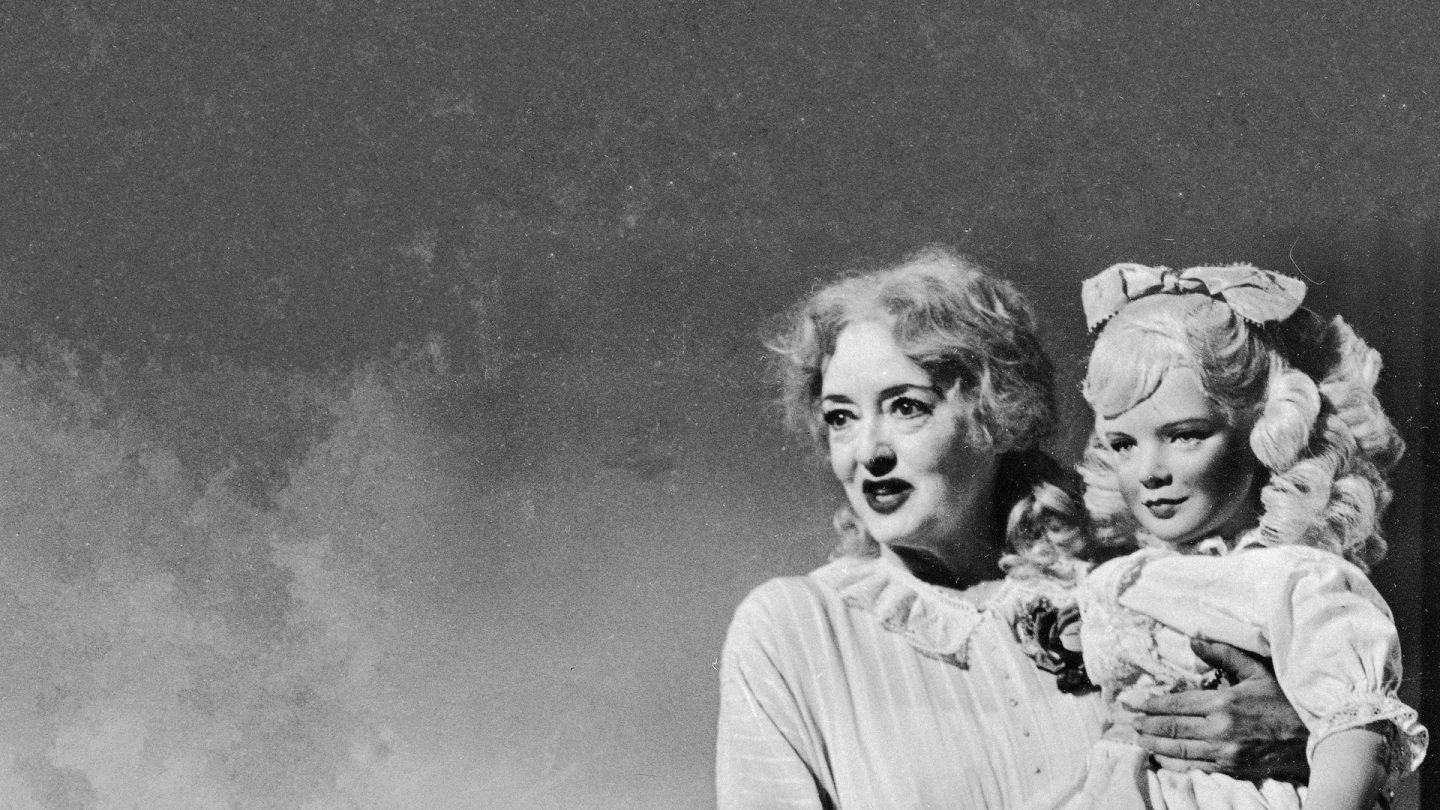 October 31st marks the sixtieth anniversary of the release of What Ever Happened to Baby Jane? The film not only revived the careers of Joan Crawford and Bette Davis, but spawned a new genre of horror movie which cast older women as demented spinsters.

In 1962 American soldiers were preparing to fight in Vietnam, Marilyn Monroe had been found dead in August from a drug overdose, and for twelve days in October the Cuban Missile Crisis threatened to bring the world to the brink of nuclear war. It was also the year that What Ever Happened to Baby Jane? was brought to theaters, marking a new type of horror movie with Grand Guignol thrills and, in a rare exception, with two older actresses above the title.

Directed by Robert Aldrich, What Ever Happened to Baby Jane? was released across the United States on October 31st 1962  – rather than the traditional method of doing phased openings.

It was also one of the first times two women over forty had headlined a film. The film offered a boost to the careers of Joan Crawford and Bette Davis, who had been dismissed by the studios they helped finance, but they were considered, in Jack Warner’s words, to be ‘washed up old bitches’.

Following its success, other directors sought to capitalise on the theme. Strait-Jacket, starring Joan Crawford, Dead Ringer, with Bette Davis, and Lady in a Cage, with Olivia de Havilland, were all billed as follow-ups to the film.

The ‘Hag Horror’, or ‘Hagsploitation’, genre exploited the former Oscar-winners and glamour queens who had effectively built Hollywood, transforming them into grotesque caricatures that revealed a cultural disdain for older women. Melodrama, gothic horror, stylized death scenes and a faded star slipping into mental deterioration were the defining markers of these films. They were what critic Roger Ebert in 1971 referred to as “the macabre genre of the menopausal metaphysical mystery movie.”

Inspired by Baby Jane, the titles also offered a literal description of the troubled, reclusive woman at the center of the story. There was What Ever Happened to Aunt Alice? (1969), What’s the Matter with Helen? (1971), and Whoever Slew Auntie Roo? (1971). Even Hush, Hush Sweet Charlotte (1964), director Robert Aldrich’s follow up to Baby Jane, was originally to be called What Ever Happened to Cousin Charlotte?

The characters they played were typically once-glamorous women preoccupied with their past and unable to move on. The films often showed old clips and real life glamor shots of the actresses from their glory days, which their character displays in their home; a knowing reference first used in Sunset Boulevard (1950), where Gloria Swanson’s younger glamor shots and film clips stood in for her character Norma Desmond.

In her book Crazy Old Ladies: The Story of Hag Horror, Caroline Young traces the development of this genre, from its origins in Sunset Boulevard and All About Eve, through to the horror movie phenomenon following the huge success of Les Diaboliques and Psycho. It’s a timely overview of the subgenre, revealing the sometimes painful stories of what happened to iconic, ageing actresses once their career as leading ladies was considered over.

Caroline says: “Baby Jane arrived at a time of great change in society and cinema. What it, and the films that followed, reveal are the fears around the growing feminist movement, a clash between tradition and youth, and a shift in notions of celebrity. The horror genre also offered a chance for actresses, once hailed for their beauty and box-office power, to once again find relevancy and connect to audiences, even though the parts they played may have been demeaning.

“The older flawed, lonely, embattled older woman served as a warning against feminism due to her rejection of a normal family life. These themes were also evident in films like Rosemary’s Baby, Valley of the Dolls and The Killing of Sister George.

“Women are defined by their status as wife and mother, and if they fail to achieve this, then typically they are considered unfulfilled, and therefore unstable. While there’s been massive progress in varied roles for older women, a common thread is that to be viable and to show their motivation, they have to be incomplete somehow, due to being lonely, single and without children.”

“She’s a Star” – an extract from Crazy Old Ladies: The Story of Hag Horror