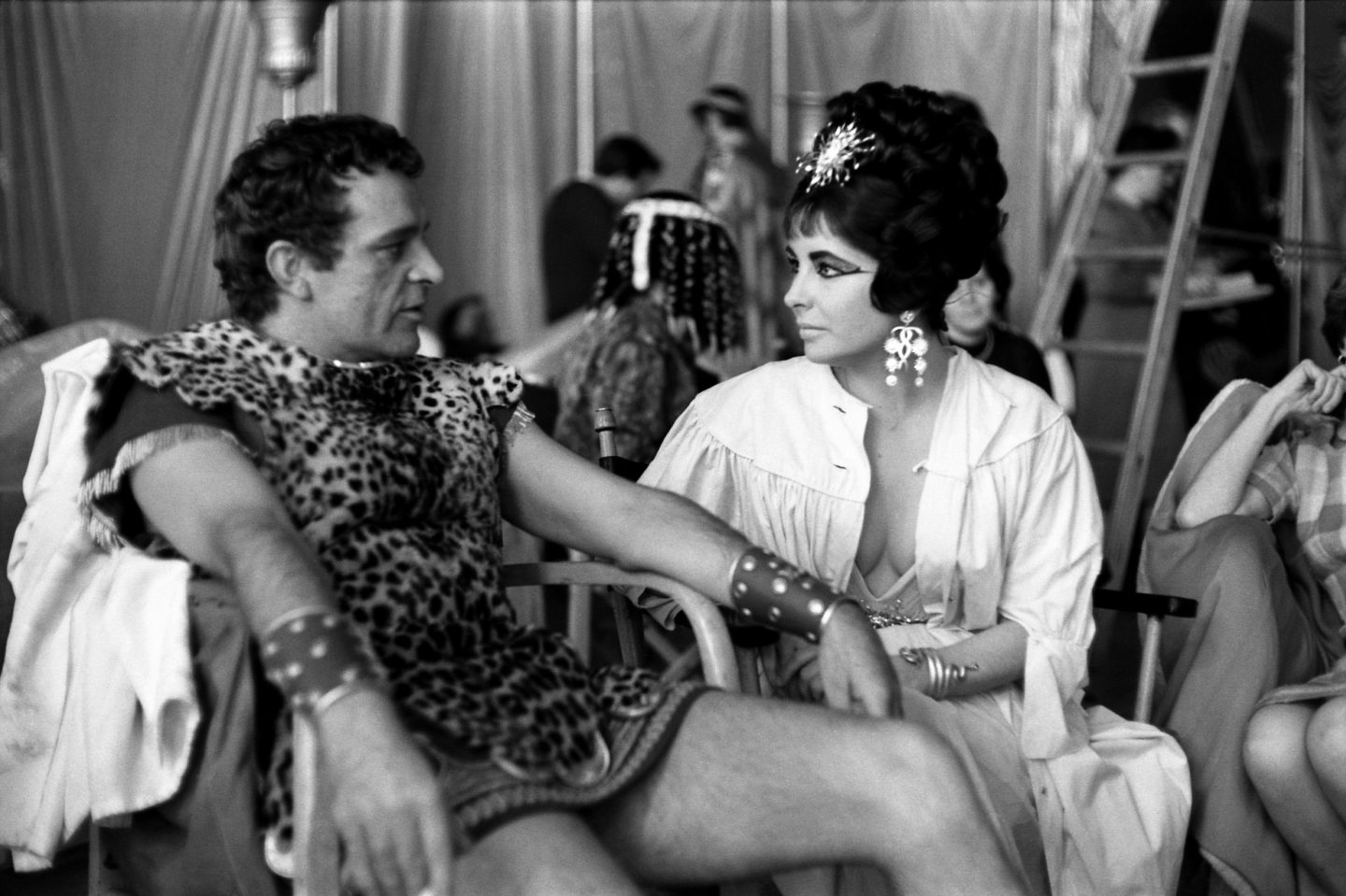 Rome in the 1950s: following the recovery from fascism and Nazi occupation during the Second World War, the city is reinvigorated. The street cafes and nightclubs are filled with movie stars and film directors as Hollywood productions flock to the city to film at Cinecitta Studios. Fiats and Vespas throng the streets, and the newly christened paparazzi mingle with tourists enjoying la dolce vita. It is a time of beauty, glamour and more than a little scandal.

Read an extract from Roman Holiday: The Secret Life of Hollywood in Rome, which is now out in paperback.

The outdoor cafés of the Via Veneto, one of the most exclusive streets in Rome, filled up early as well-dressed society people, starlets and tourists sipped on a Bellini or a Negroni beside the potted azaleas and tightly parked scooters that lined the pavement. By 7 p.m. the city was soaked in the last of the day’s sunlight, its golden domes glowing beneath the sunset as the scent of Coco Chanel and cigarette smoke drifted amongst the tree-shaded tables. Well-known faces were commonplace, and the chatter grew louder as the evening progressed, trying to be heard over the roar of traffic. The word on everyone’s lips in 1962 was the affair between Elizabeth Taylor and Richard Burton on the set of Cleopatra. Despite both being married, they flaunted their affair on the Via Veneto, the beating heart of Rome’s celebrity culture, in the elegant white tableclothed restaurants on the colourful, lively Piazza Navona, looking out onto the fountain with its Egyptian obelisk, or they indulged in secret kisses in their dressing gowns on the Cinecittà backlot. All the while the relentless, cunning paparazzi came up with even more inventive ways of capturing the romance.

Movie stars like Elizabeth Taylor or Ava Gardner, beautiful, impulsive and living the good life, were easy targets for the press in Italy when away from the protective grip of Hollywood. And Rome had become a free-for-all.

Back in the States, the studios could build their own myths around their stars which the American movie magazines would happily support, whilst press agents were used to being able to suppress the bad publicity. But in Rome the new wave of independent press photographers, ambitious self-starters who had no such loyalties and needed only a light 35mm camera, a Vespa and a good eye for a story, could sell the most scandalous photos to the highest-bidding publication. Suddenly, the stars of the screen seemed a little more human.

The photographers in their crumpled suits were stereotypically aggressive and rude and whilst it wasn’t until 1960, with the release of Federico Fellini’s La Dolce Vita, that they would collectively be known as ‘paparazzi’, they were a common and feared sight for celebrities around Rome. Tazio Secchiaroli, Velio Cioni, Elio Sorci, Marcello Geppetti – these were some of the photographers who ‘must be seen in action to be believed’, as an American journalist in the late 1950s noted. Using twin-lens Rolliflexes with a hand-held flash, they needed to be as close to their subjects as possible, and this created the startled looks that were so typical of the era.

After they had taken snatch shots, the photographers would go to the telephoto window at the central post office in Piazza San Silvestro and they would pay $20 to develop their film and send the images to Fleet Street in London as exclusives.  The happenings of Rome could be relied upon to fill the papers in every country on every day of the week, whether it was fights, secret weddings, public break-ups, or even murder trials, like that of Wilma Montesi.

She was a young woman whose body was found on a beach near Rome in April 1953. Her death was linked to the upper echelons of society, and the secretive drugs and sex parties of society people and politicians. Life in Rome seemed more dramatic than the movies themselves. La dolce vita grew out of the ruins of post-war Italy, where the glamour of celebrity offered a much needed escape from the memories of the bombings, the food shortages and of a country very much at breaking point. And it was Italian actresses, as well as Hollywood stars, who would be at the vanguard. Producers Carlo Ponti and Dino De Laurentiis invested in Italian cinema and multinational productions, pushing up the reputation of Italian-made film.

In the 1950s, Rome had become a place where people could finally celebrate the good times following the Second World War, and when the international film studios began to use Cinecittà for their sword and sandal epics, along came the Hollywood stars to enjoy their drinks on piazzas, the sun sparkling on the water as it splashed from ancient fountains surrounded by ancient symbols of its former empire. Parties took place across Rome in penthouse hotel rooms, rooftop terraces with views of terracotta tiles and shimmering renaissance domes, ivy-covered villas along the Appian Way and artist’s studios in the bohemian Via Margutta.

But the centre of celebrity life was the Via Veneto, which since the end of the Second World War had become Rome’s fashionable street, defined by new notions of fame as cinema stars, tourists and the press collided. People spilled out into the street and rested under the parasols of the outdoor tables, almost like it was a ‘seaside resort’, as Ennio Flaiano observed in 1958.  By the mid 1950s the three blocks of Via Veneto situated between the Aurelian Wall and US Embassy had become an exclusive strip of luxury hotels, clubs and cafés populated by the rich, the famous and the fame-hungry.

The notable sights included the Hotel Excelsior, the Café de Paris, the Bar Rosati, Harry’s Bar and the all-night drugstore L’Alka Seltzer. Bricktop, owned by the legend of 1920s Paris, Ada ‘Bricktop’ Smith, was fashioned like a prohibition-era drinking den, creating a sense of the illicit with jazz music and cigarette smoke seeping out of it, its glamorous aura drifting out into the street. If Italian cities like Milan and Rome were gradually embracing the economic boom of the 1950s, then the Via Veneto was the heightened symbol of the new affluence. Traffic clogged the streets as Fiats, horse-drawn carriages, Vespa scooters, taxis and buses all travelled up and down this half-mile stretch. It was here that you could see Clint Eastwood skateboarding down the road, Anita Ekberg drunk and barefoot, Jayne Mansfield eating spaghetti, or the early sixties chichis with their animal-print coats or their tamed leopards on a lead. It was the glittering, hedonistic heart of Italy, where the wealthy and connected could congregate before heading off for romantic weekends in a smart hotel on the Amalfi coast or to find some respite on a yacht moored off the Isle of Capri.

Taylor and Burton marked the modern era of celebrity, of packs of paparazzi, long-lens snatch shots on the front pages of tabloids and illicit love affairs. Their extravagant lifestyle was firmly played out in public, travelling the world with an entourage and where Rome served as a base for their fast, expensive life. Elizabeth collected expensive jewels, they holidayed on yachts with Onassis and held Paris dinners with the Windsors and Rothschilds. The grainy photos taken from the shoreline while the rich and famous frolicked and sunbathed on the deck of their yachts became a mainstay for photographers of that era.

It became a game, of provoking the stars to react – of sneaking into Cinecittà and hiding in boxes or under cars, of climbing into the trees around Elizabeth Taylor’s pool to find that lucrative shot. The photographers were mostly poor young men who found a way to make money and to feed their family, and their subjects were the rich and famous – illustrating the gap in wealth of the era. And with a never-ending stream of famous faces drifting into view, Rome was ripe with opportunities.

Here you would find Ingrid Bergman, under self-imposed exile after coming to Rome for love; Audrey Hepburn, who represented joyful holidays in the city in the early 1950s; Ava Gardner, whose tempestuous love life and appreciation of the nightlife always served for a good photo; Elizabeth Taylor, the queen of Hollywood excess and jet-set lifestyle; and Anita Ekberg, the face and body of la dolce vita. Sophia Loren was the home-grown star who captivated Hollywood and who represented the struggles and dream of young girls who survived the Second World War and lived through Rome’s 1950s recovery, and Anna Magnani, the icon of Italian neo-realism and one of the most admired, revered women in the country.

Roman Holiday: The Secret Life of Hollywood in Rome, published by The History Press is out now